The Ladies of Strange

The Ladies of Strange is a comedy podcast where we talk about everything from true crime, paranormal, conspiracy, and anything else we find questionable, odd, or eerie. Sit down with us every Thursday for a story presented by one of the hosts and learn with us that everyone has something they find strange, let us tell you why (sometimes) it’s not.
Support the Show! 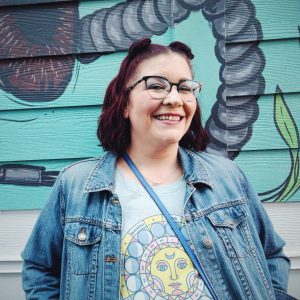 Is a married mom with a mammal menagerie. She talks too much and loves too hard but, she's a Gemini Hufflepuff so good luck getting her to stop. When she's not with The Ladies (Of Strange), or researching her next topic, she can be found dancing & playing PAW patrol with her son or watching documentaries with her Hagrid. Her love of all things strange can be traced back to her childhood where she could be found hiding under the covers reading James Patterson & Harry Potter or convincing her Aunt Faye to let her watch classic horror movies like The Blob and Tremors. She's so glad she has friends like Tiffany and Rebecca that are crazy enough to take this podcast trip with her. Tune in to hear her create theme songs on the fly and her perfectly timed dad jokes. 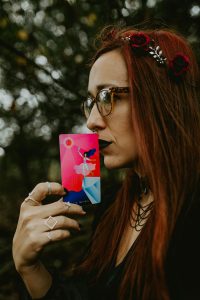 Is a self-proclaimed weirdo with a love of all things questionable and odd. While she appreciates the eerie, she believes that if she doesn't talk about it, it will leave her alone. What better way to do that than to start a podcast in her guest bedroom that talks about all things paranormal? Growing up, she believed all the world's problems could be solved with Backstreet Boys and Barbies. (She still believe this.) When not recording with two of her best friends, you can find her reading to her daughter, annoying her husband, or drinking wine in a bubble bath and putting off her research duties. 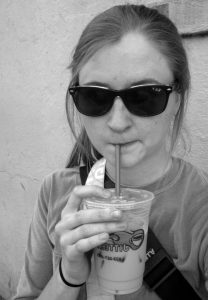 Grew up in a tiny town in the middle of nowhere with her family and a love for all things strange. Even though the paranormal documentaries would give her nightmares at night, that didn’t stop her from watching them every chance she could. Additionally, in true Ravenclaw form, she read every book she could get her hands on and often stole her brother’s legos to build her own rube goldberg machines. After college, she bounced around to different jobs until fate threw her into the arms of Ashley and Tiffany. Unbeknownst to Rebecca, her new coworkers would eventually adopt her as one of their own and a podcast would be born. Now, when she’s not recording with The Ladies of Strange or untangling microphone chords, Rebecca spends her spare time knitting, walking around her apartment with her cat on her shoulders, and exercising for reasons even she doesn’t understand.